We are proud to announce the publication of the fifth volume of the Great Philatelic Collections books dedicated to the Egypt stamps collection formed by Joseph H. Chalhoub.

This volume of 344 pages presents King Farouk I of Egypt.

Farouk I (11 of February 1920 – 18 March 1965) was the tenth ruler of Egypt from the Muhammad Ali dynasty and the King of Egypt and the Sudan, succeeding his father, King Fouad I, in 1936. He was born at Abdeen Palace, Cairo, the eldest child of Sultan Fouad I (later King Fouad I) and his second wife Nazli Sabri.

In October 1935, Farouk left Egypt to settle at Kenry House in the countryside of Surrey to attend the Royal Military Academy of Woolwich. On 29 April 1936, King Fouad died of a heart-attack and Farouk left England  to return to Egypt as King at the age of 16.

This collection presents the definitive stamps issued during the 1937-1954 period. A rich array of artists essays, some rejected and others adopted, color trials, proofs produced for the Palace collection, imperforate and a multitude of varieties from part of this collection. Usage of the issued stamps is shown.

This collection is presented in four sections: 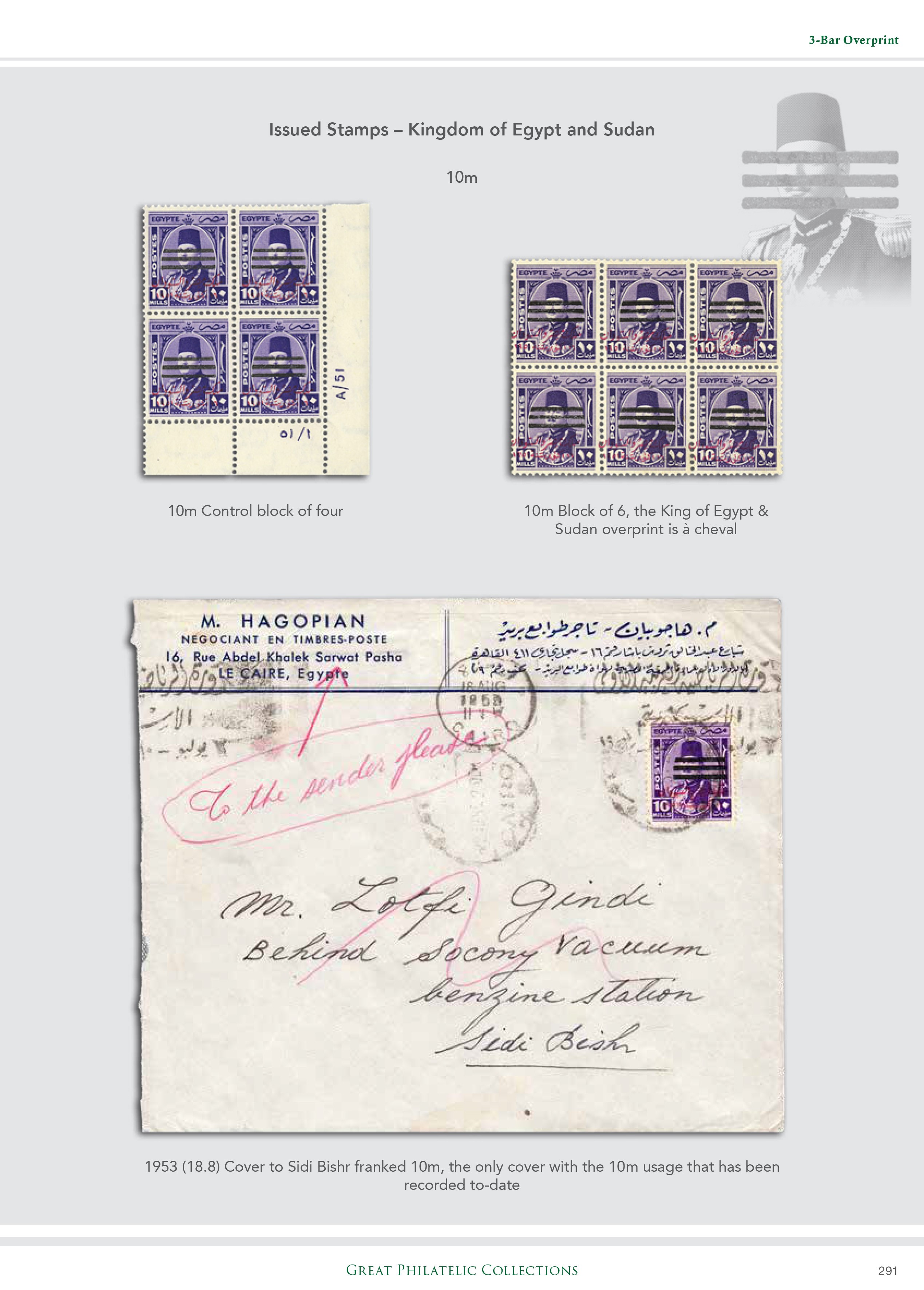 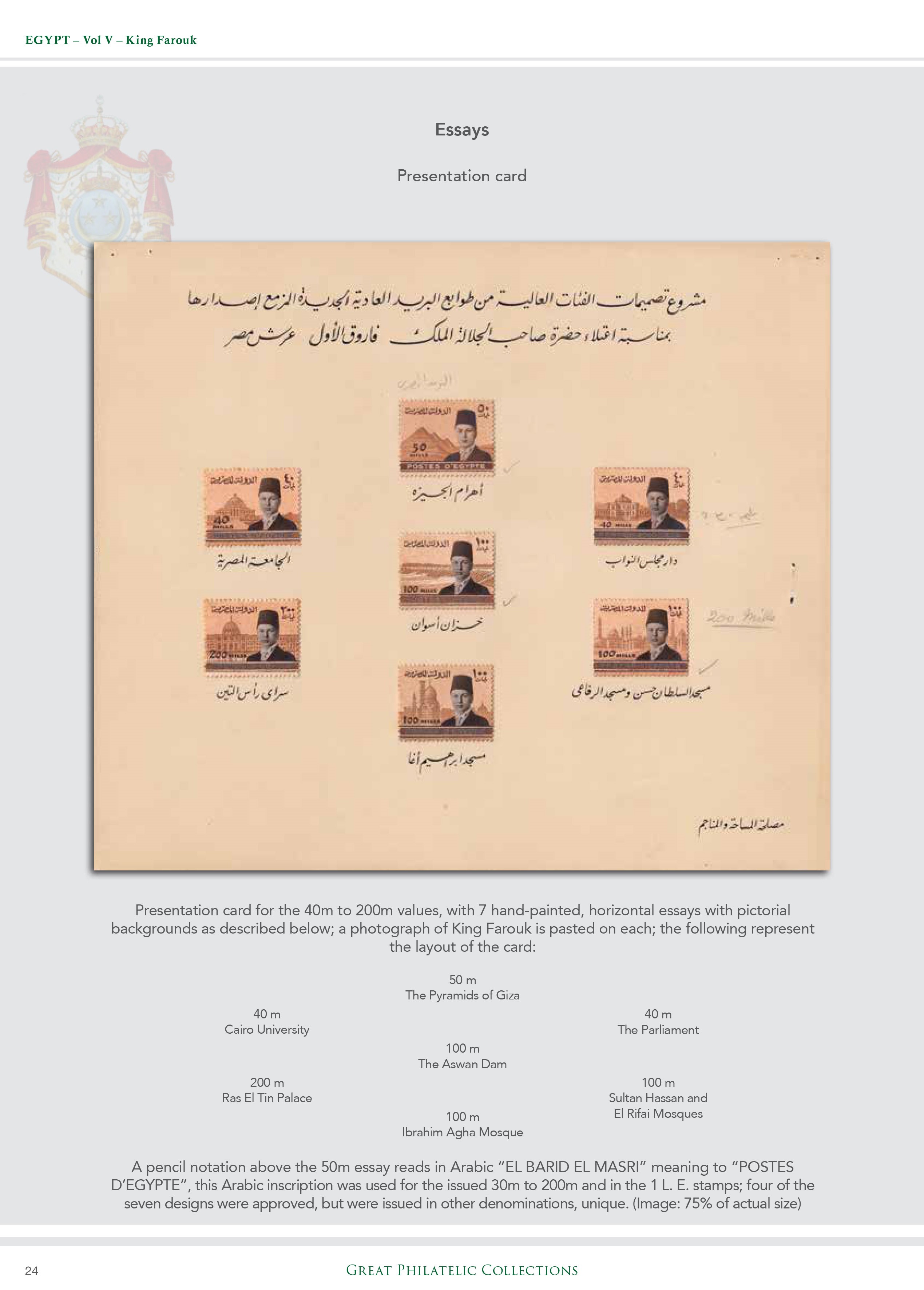 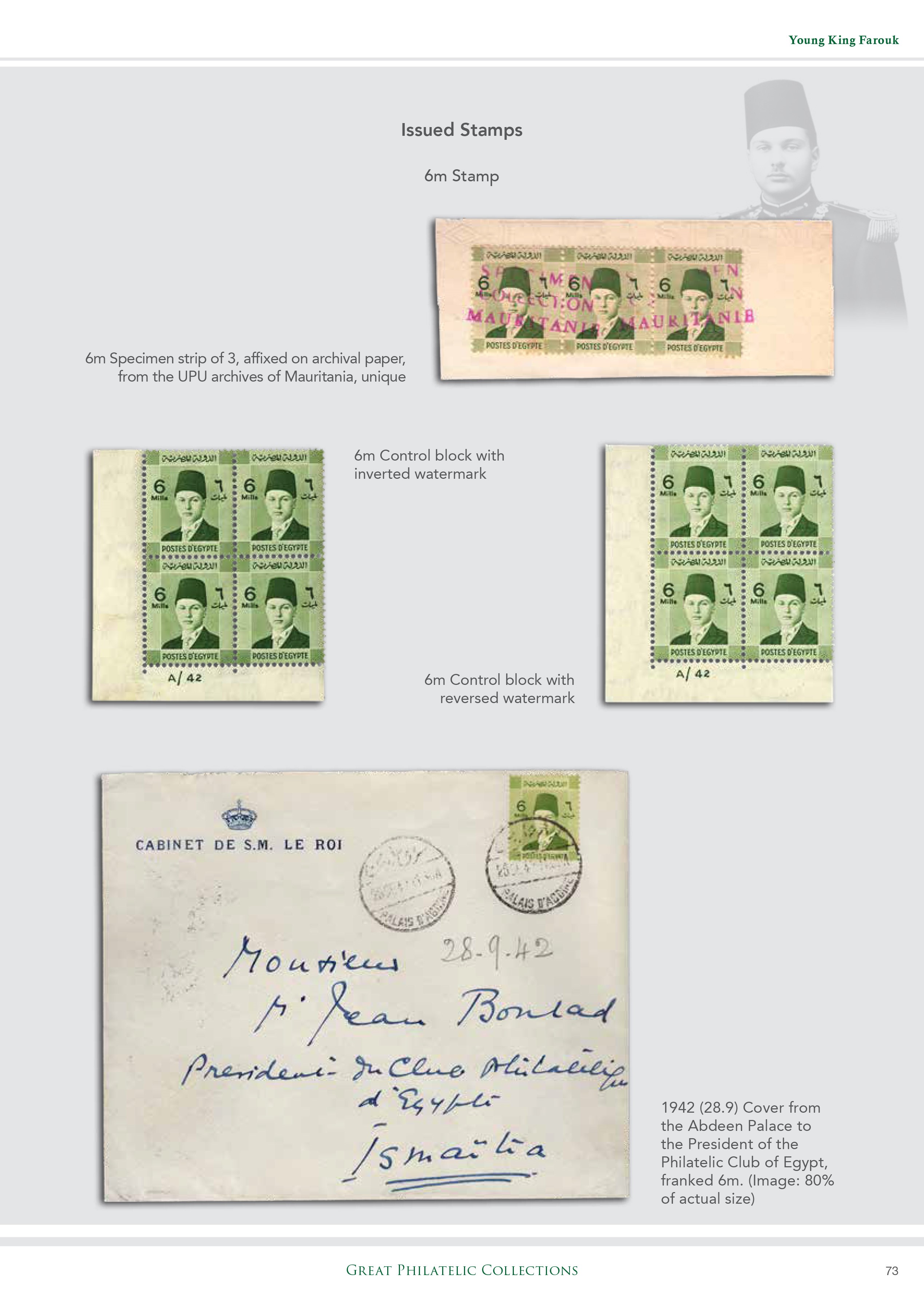 This book, as well as volume I, II, III and 4 is available on our website:

Discover the other volumes