Legendary Collectors #8 – The Organiser of Philately

If you’ve been reading this Legendary Collectors series from the beginning, you’ll have noticed that the French had a fair amount of input into establishing Philately as we know it today, and their contributions were particularly noteworthy in the very early days of stamp collecting.

In fact, it wasn’t that long ago that we thanked Georges Herpin, our Papa, who birthed the word “philately”. And it is no surprise that we derive the word “Catalogue” from the old French word “catalogus”. But, there have been several cross-channel transactions in between time which also point to the French being influential if not pioneers. As much as it pains me to say this as an Englishman, the French got ahead of the rest of the world’s Philatelists, because if it wasn’t for our next legendary collector, we’d all be in a right pickle.

The hobby of collecting stamps would be chaotic if it wasn’t for Oscar Berger-Levrault (1826 – 1903), a French philatelist who is credited with the invention of the stamp catalogue. Admittedly, the story goes that he achieved this with the help of an Englishman by the name of  John Gray, but the reality is Berger-Levrault is the guy we need to applaud. Collecting as far back as 1861, he was one of the first stamp collectors who dealt with the scientific system for the establishment of stamp collections. He published a stamp and postal stationery register “Description of the stamps known to date” on 17 September 1861, which is referred to as the world’s first stamp catalogue. Apparently, he only intended it for friends and only printed just 40 to 50 copies. One of these survived and found its way into the the library of the British Museum, now the British Library in London. So you can go and see the world’s first stamp catalogue.

Like all good ideas, it didn’t take long for others to catch-on and develop improved catalogues which expanded upon the 975 stamps Berger-Levrault had listed. Another Frenchman was Alfred Potiquet who some say produced the world’s first stamp catalogue in December 1861, the same years as Berger-Levrault, but crucially it was based upon the former’s list. From our perspective today we are splitting hairs trying to say it was one of these and not the other, because they are both Frenchman, so one way or another my earlier statement, that the French beat everyone to it, still stands.

Interestingly, The Royal Philatelic Society London has an original copy of Potiquet’s 1861 work, and they claim it is the world’s first stamp catalogue. If you dig around the old philatelic archives you will see John Gray our English pioneer, developed similar works in parallel to these two Frenchmen, and the world’s first illustrated catalogue was produced by Frederick Booty, an Englishman. However, my vote goes to Oscar Berger-Levrault who just pips Potiquet as the author of the world’s first stamp catalogue. All the others, in my view, seem to find their origins from the list Berger-Levrault compiled. 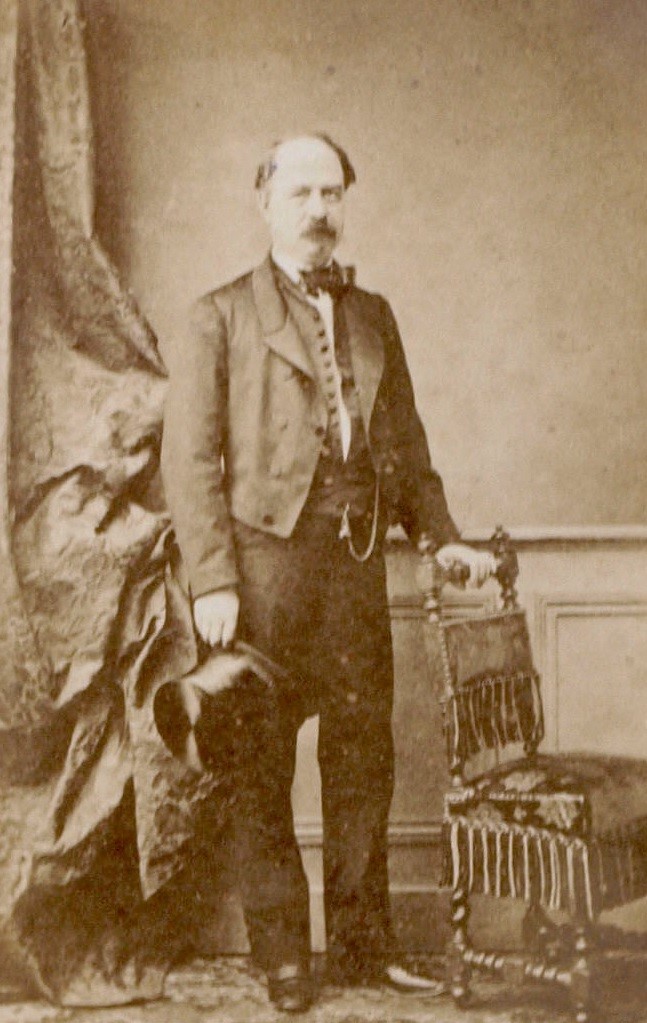 You may disagree, but as you return to sorting your collection, and have need to reach for that stamp catalogue, just remember the Organiser Oscar Berger-Levrault, and nod your head to the French (again), or as we’ve become accustomed maybe even say “merci beaucoup”.

The next Legendary Collector we will meet is the Penny Black Lord of Philately – Edward ‘Stanley’ Gibbons, who coincidentally was born the same year as the Penny Black. Find out what other coincidences seem to occur around Gibbons in our following Digest.