Our upcoming auction of the “Tatiana” collection of Mauritius on June 30th 2020 has inspired Devlan Kruck, philatelic journalist and DF UK Regional Representative, to write an article about one of our more recent success stories.

The Dodo was only ever encountered on the island of Mauritius which sits in the Indian ocean just east of Madagascar. It’s a ‘dreamy’ spot in life, as well as in the philatelic world.

You can take your pick at what approach you make, to celebrate this record breaking cover which has been in the collections of a number of greats such as; Dale-Lichtenstein, Dr. Chan Chin Cheung, and Guido Craveri.

Maybe this article should focus upon the rarity of the two Mauritius Post Office 1d orange singles on cover, or perhaps you’d paint a biblical picture because the sender is Reverend Banks, and the recipient The Bible Society, or even the content that mentions the Scriptures received, all which conjure up a testimony to this mighty covers heritage.

Or maybe you’d weave a tale around the Bombay destination at ‘The Esplanade’ which gives clear sight of the harbour. Yes surely it must be Bombay, given the title it has carried through the years as the ‘The Bombay Cover’. Surely, that’s the direction to tackle this Goliath of postal history – I could even knit in a King David Bible scripture, because Eleazor, one of David’s Mighty Warriors, was a Son of Dodo – it says so in 2 Samuel, and 1 Chronicles. 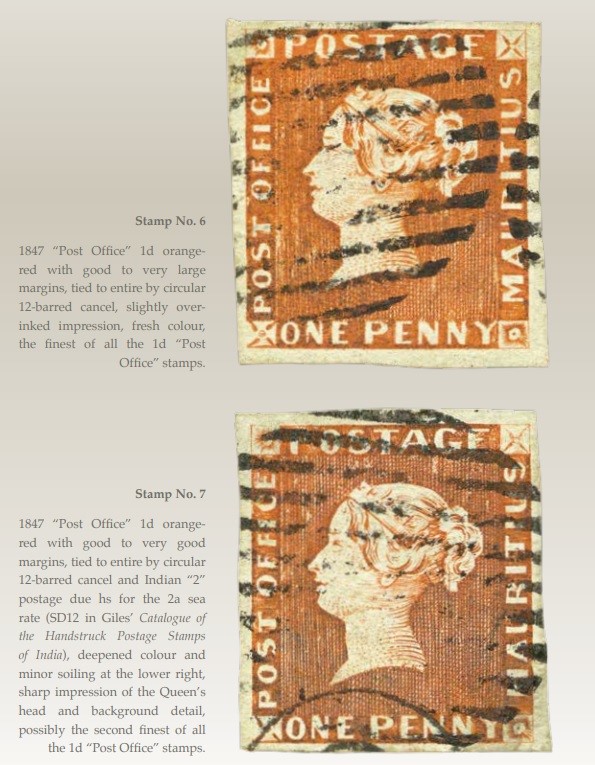 But no. I slept on it, and dreamed of a boat with five occupants, meandering on the Indian ocean, under a sunny sky, and a story being narrated by Lewis Carroll. That is, Charles Dodgson (1832 – 1898) which was his real name, but his books which include the fantastical; ‘Alice’s Adventures in Wonderland’, and ‘Through the looking Glass’, are penned in his nom de plume Lewis Carroll. So why would ‘The Bombay Cover’, which sold at a David Feldman auction in 2016, for a World record 2.4m Euros, shout Lewis Carroll? Not because my stories fall down rabbit holes. Which they do from time to time.

No, it’s the Dodo. Yep. That extinct resident of Mauritius is my inspiration. Or maybe more appropriately it is an ‘apparition’. If you know your literature you’ll be aware that Dodgson caricatured himself as the Dodo in Chapter 3 of ‘Alice’s Adventures in Wonderland’. Dodgson suffered with a stammer and as a result of his struggles with the speech impediment, would sometimes introduce himself as “Do-Do-Dodgson”.  Hence his leaning towards the Dodo character in the book. 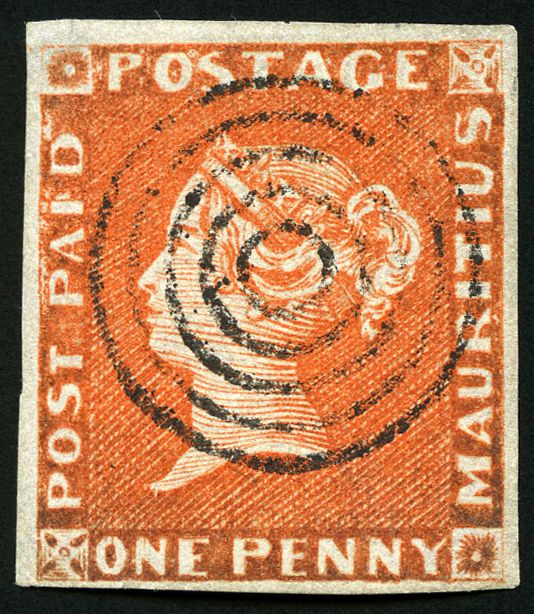 It’s ‘curiouser and curiouser’ though, when you dig a bit deeper, the other characters in that chapter were representations of his close friends, those who were the first to hear the story being told by Dodgson, whilst in a boat floating down a river in Oxford in 1862 – the occupants of that boat who appear in the book as well as Dodgson, were; Alice – who was Alice Lindell, a Duck – who was Reverend Duckworth rowing said boat, a Lory – who was Alice’s older sister Lorina, and an Eaglet – Edith Alice’s younger sister.

In the book, they all get washed up on a shore and are stood wet and bedraggled wanting to know how they can get dry. The Dodo suggests they run a ‘Caucus Race’ – where they run in circles of any size, starting and setting off as they see fit and ending the race after they are all dry, so that everyone wins. A prize of comfits is given out as Alice has them in her pocket, but there wasn’t enough for her to have one, and so the Dodo asks what else she has in her pockets, to which she reveals a thimble, that the Dodo presents to her as a prize. Alice isn’t impressed.

But here’s the thing. The Dodo, despite being extinct since 1681, is as inseparable an icon of the Mauritius islands as the Post Office Issue. The demise of the Dodo, coming about as a result of colonisation a hundred years before. A case of too much; “Off with their heads”.

If you think about it, had the island not been colonised and then the British arriving and setting-up shop, or more accurately opening a post office, then we’d be without the consequential outputs described as postal gems, which are so rare they are almost extinct themselves. Ironically preserved by the colonisers beyond their natural life. 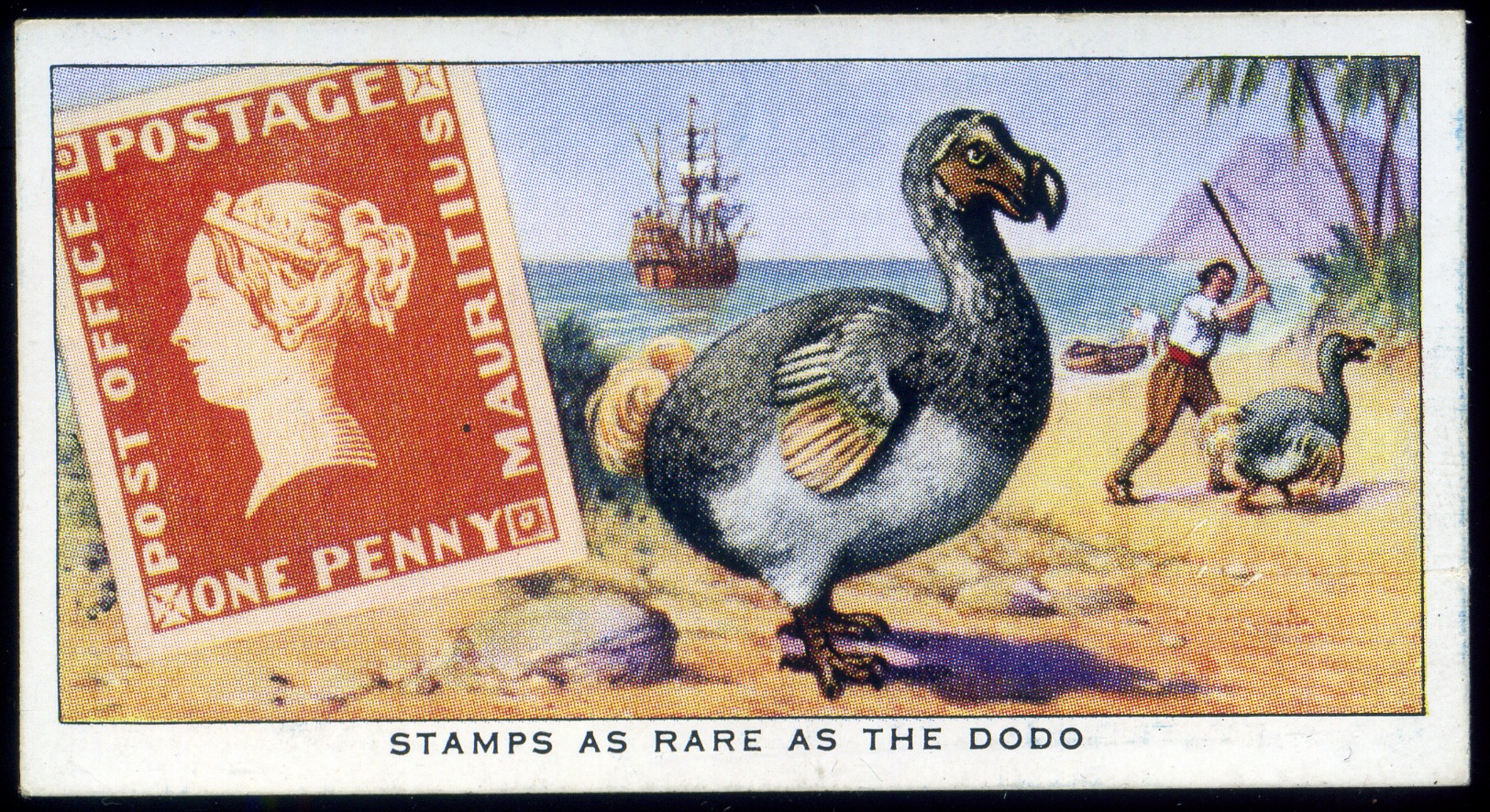 Adrath cigarette card, “Stamps as rare as the dodo”, depicting the Mauritius “Post Office” one penny and the famous flightless bird

Say Dodo, and everyone immediately recognises the flightless bird, it’s legendary. Say Mauritius Post Office Issue and the philatelist knows the stamps, and the significance of them and ultimately their rare beauty – which can’t be said of the Dodo, but we’ll skip over that. If humans are responsible for extinguishing the Dodo’s lights, it is apt that as a result we now have a philatelic skyline lit with such jewels as this cover. It would never have existed if the Dodo was still plodding around an uncolonised island. That’s a fact!

And the other scary fact is, this cover could have been lost without a trace. It was found by C. Howard in 1897 at an Indian bazaar where he paid just 5 rupees for it. “That’s impossible!” you say, and I reply; “Why, sometimes I’ve believed as many as six impossible things before breakfast.”  It’s what makes this hobby rejoice. The impossible find. Pulling the rabbit out of the hat. Ok, we all fall down the odd rabbit hole from time to time, granted, but if you get washed up on a shore and want to know how you can get dry, look to the Dodo. They might be extinct, but they are still running around in circles in the wonderland of philately. That is to say, the very best stamps to ‘find’ are the ones that are extinct. Does this story have a moral? Ummm. “Everything’s got a moral, if only you can ‘find’ it.”

The Post Office issue originates solely from the island of Mauritius, which sits in the Indian ocean just east of Madagascar. It’s a wonderland in philately, and a ‘dreamy’ spot in life.

Carroll stammers up a Dodo cry
Organising that auction race
Victory circles leave a trace
Expertly found is a moral in life
Rejoice! A Cover, is but a dream

A similar cover which is available in the upcoming auction June 30th-2nd July 2020 auction is lot 20057: A unique franking of the 1848-59 Post Paid 1d red, early impression, in a HORIZONTAL STRIP OF THREE on 1854 folded letter sheet, paying the 3d rate for a letter not exceeding 1/2oz from a rural post town or village to Port Louis. 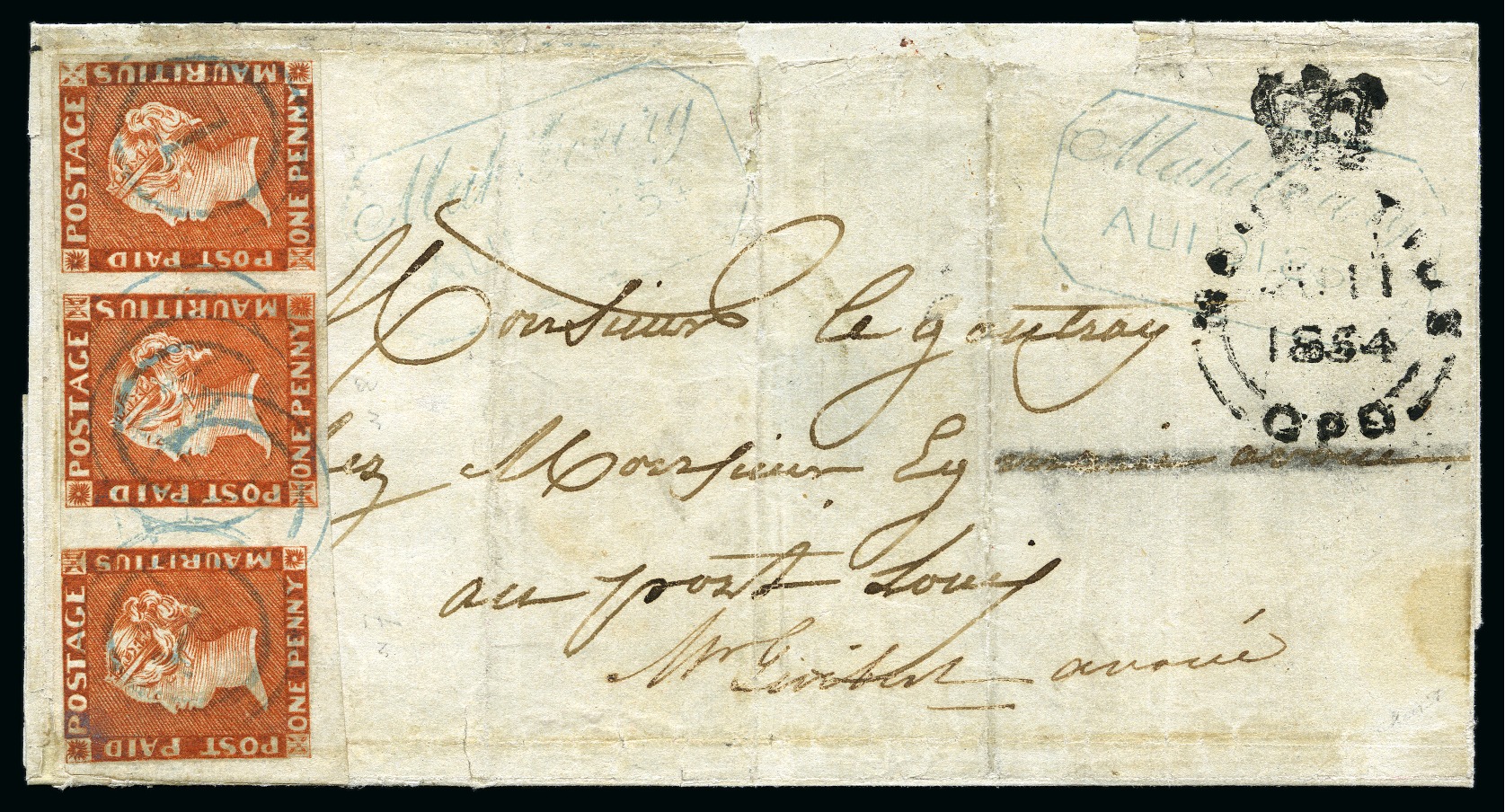