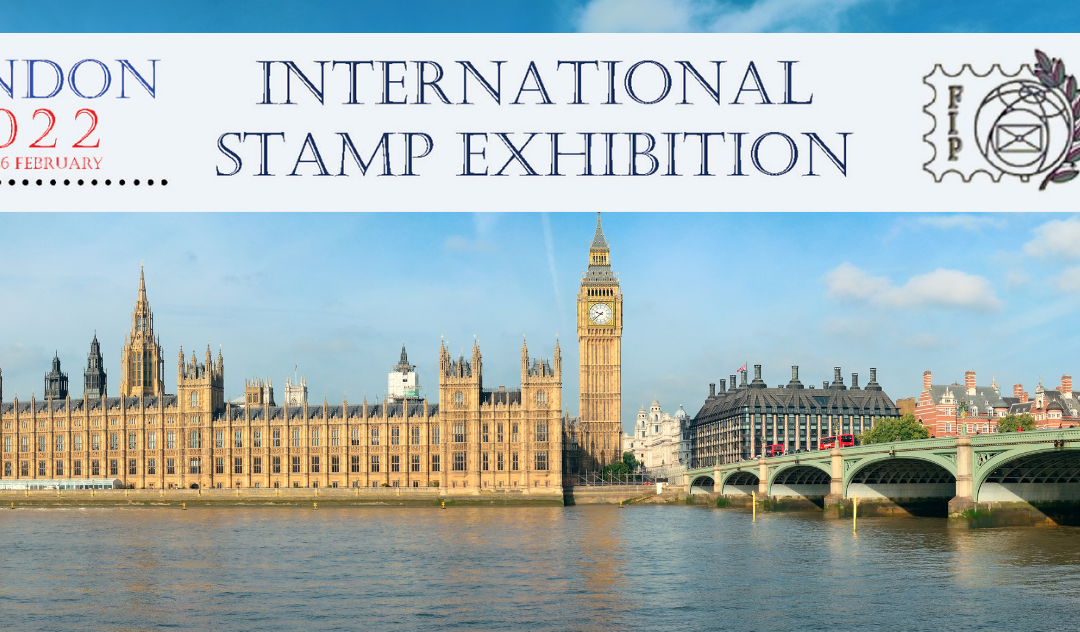 The headline news this month is the London 2022 International Stamp Show, being held at the Business Design Centre, Islington, N1 0QH; which gets underway on Saturday 19th, and continues until Saturday 26th February 2022. David Feldman International Auctioneers will be participating for the duration, and our philatelists are available to meet you on Stand 70/71/72 and provide stamp valuations, advice on when is the best time to sell and taking your consignments for our June and December auction series.

As well as offering these services, we will also be presenting an exciting selection of Private Treaty items, many exclusively on show and available to buy at the London 2022 international show. Our UK team of; Guy Croton, Devlan Kruck and Tony Banwell will be in attendance and supported, at various points of this eight day event, by the Fernando Martinez and Ricky Verra, both who will be travelling from Geneva to meet with clients, attend meetings, organised events and to take in and admire the exhibition material on display, and with 588 separate exhibits, which amounts to 3,400 frames, divided between two halves of the exhibition in the Gallery Hall and Auditorium. The change over days for the two exhibitions is occurring on the afternoon of Tuesday 22nd, with the second set of exhibits being made available from the morning of Wednesday 23rd until the afternoon of the last day.

The opening hours are 10am until 6pm throughout, except the last day, Saturday 26th, when proceedings conclude at 4.30pm. It’s important to know that admittance although is free there is an exception on the first day (Saturday 19th) when there is an entry fee of £10 – tickets can be obtained by completing the form found upon the organiser’s website.

This international stamp exhibition, which was postponed from May 2020, has FIP (Fédération Internationale de Philatélie) patronage and FEPA (Federation of European Philatelic Associations) recognition, and features many of the world’s best philatelic exhibits and has three main overall prizes as well as eleven best in class awards. The Grand Prix National is being sponsored by the Great Britain Philatelic Society (GBPS), the Grand Prix International, sponsored by Royal Philatelic Society London (RPSL), and the World Stamp Championship Class by the Fédération Internationale de Philatélie.

As with all international shows there will be many society and study group meetings and philatelic events going on during the week, as well as dinners and an award ceremony. To find out more details you can review the Programme of Events for London 2022 on their official website.

And as well as coming to London to man the David Feldman stand, Ricky Verra will also be exhibiting at the Overseas display at RPSL on 24th February. Fernando, Guy, Ricky and Devlan will be attending the Awards Ceremony and Presidents dinner on Friday evening, at the Guildhall in London. And the Museum of Philately will also be available on the David Feldman stand, and Devlan Kruck will be on hand to meet collectors and discuss the collections, rarities and benefits of getting involved with this innovative project.  We look forward to seeing you there.