There are many times in life that the saying, “it’s not what you know, it’s who you know” applies, but in the case of our next legendary collector Louise Boyd Dale (1913 to 1967) an American philatelist and the daughter of our shield-bearing legend Alfred F. Lichtenstein, both sayings do the work. She knew her philatelic stuff and she knew all the top-level collectors in her time. In fact, Dale would have rubbed shoulders with most if not all of our recent incumbents, such as Caspary, Burrus, Byam, Beaumont and one or two that will feature soon such as Boker, and they’d all be honoured to vacate the stage to allow us to meet this quite extraordinary lady, who lived up to her billing and filled a pair of scintillating stamp shoes.

Louise Boyd Dale grew up in a home with a legendary philatelist, and as well as taking a keen interest in her father’s passion, she at a young age started to collect stamps, and was exposed to Lichtenstein’s inner circle of elite philatelists, which gave her a unique platform and opportunity to carve out a starring role in the philatelic theatre. Dale took that opportunity and became, on merit, one of America’s most distinguished philatelists, and was recognised internationally as a first class philatelic expert. The fact that at 14 years old she delivered an impeccable dissertation on ‘the Bordeaux issues of France’ to the Collectors Club of New York, tells us that she’d acquired her father’s philatelic eye and gravitas. 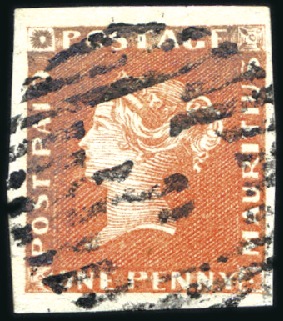 Now it won’t have escaped your notice that Dale is the first lady philatelist we have featured in this legendary collectors series. And it is quite fitting that she is, because as you’re about to see it was a habit of Dale’s to tread new ground. However, let’s be candid, stamp collecting, even today, can be a bit of a male dominated sport, but cast your mind back to the 50’s and 60’s and it wasn’t just frequented by mainly gentleman, especially at the elite level, but it was like the world at large then, the ladies, for whatever reason, were very much in the background. Fortunately for us, Dale came out of a stable with a shield-bearer to give her cover, good counsel and safe passage to her intended destination. And after the death of her father Alfred F. Lichtenstein, Dale galloped off into the philatelic horizon and left her very own mark on the world of stamps and covers.

And don’t think that she just lived off the collection and influence of her late father, which undoubtedly helped, because although she inherited a world class collection, Dale developed her own collections, in her own style, and was a great custodian of her father’s magnificent philatelic legacy, which she developed further.

To give you a flavour of the calibre of Dale’s philatelic credentials, she was the first lady to sign the Roll of Distinguished Philatelists in 1956, and in the same year the first lady to serve as a judge at an international philatelic exhibition (FIPEX), and just a couple of years later Dale was appointed to the jury of the London International Stamp Exhibition 1960. And probably the most touching and symbolic was in 1962 when Dale was awarded the Lichtenstein Medal for services and dedication to philately. It is also worth highlighting that Dale served the Philatelic Foundation, of which her father was a founder member, where she was Chairman of the Board and of the Expert Committee from 1953 to 1967. Indeed Dale was recognised as an expert the world over, and as a top-drawer philatelist, but the reality is, she was a remarkable lady, full stop.

With such achievements in what was a male dominated hobby at the time, it’s easy to forget that she died at 54. That’s the age that most philatelists are just getting going. It doesn’t bear thinking about what Dale could have achieved in another 10 or 20 years. She was of course honoured by being named in the American Philatelic Society Hall of Fame in 1968.  Her passing so abruptly was a blow to the philatelic world and in leaving us so soon the only consolation was that it gave the world of philately another icon to marvel at and a name to revere when it appears in the Provenance column, ‘Dale-Lichtenstein’. I kind of like the way her name comes first. And it is appropriate given Dale was the first lady to achieve philatelic greatness. So, it’s an easy task naming Louise Boyd Dale, The First Lady of Philately.