The David Feldman SA Spring Auction Series went ahead 13-17th June in temperatures of over 30° in Geneva throughout the week, and the highlights, or hot-lights, were that we auctioned more than 5000 lots for over 3 millions in sales, with almost 70% of our Overseas and Collections section selling for just shy of 180% of the estimates, and the Italian lots which sold reached more than 150% of the estimates. Of course in sweltering heat the hammer did comedown on some hot items and some heated prices were realised, the shining star being Lot 51592 an extraordinary Album Timbres Poste – 8e Edition by Justin Lallier, which was produced by A.Lenègre in 1869 and full of world rarities selling for a staggering €256’200’00 from an estimate of €100-150’000’00. It was an exciting moment which was recorded on camera by more than one participant in the room, the winning bidder being on the telephone and beating off competition from within the room, the internet and several weighty bookbids.

As well as the Italian lots that sold exceeding expectations there were two other aspects of the auction week which overheated with bids far in excess of expectations, they were the Puerto Principe which of the 186 lots available 184 sold, and prices soared on nearly every single lot, it was again an exciting part of the proceedings with several bidders online, in the room and on the telephone, each pushing the others up and up.

In the France section the star of the show was Lot 40099 the 1853 Block of four Empire 1f carmine imperforate mint edge of the sheet with a spectacular variety of partial printing which sold for €17’080 and Lot 40094 reaching its high estimate of €1’464. 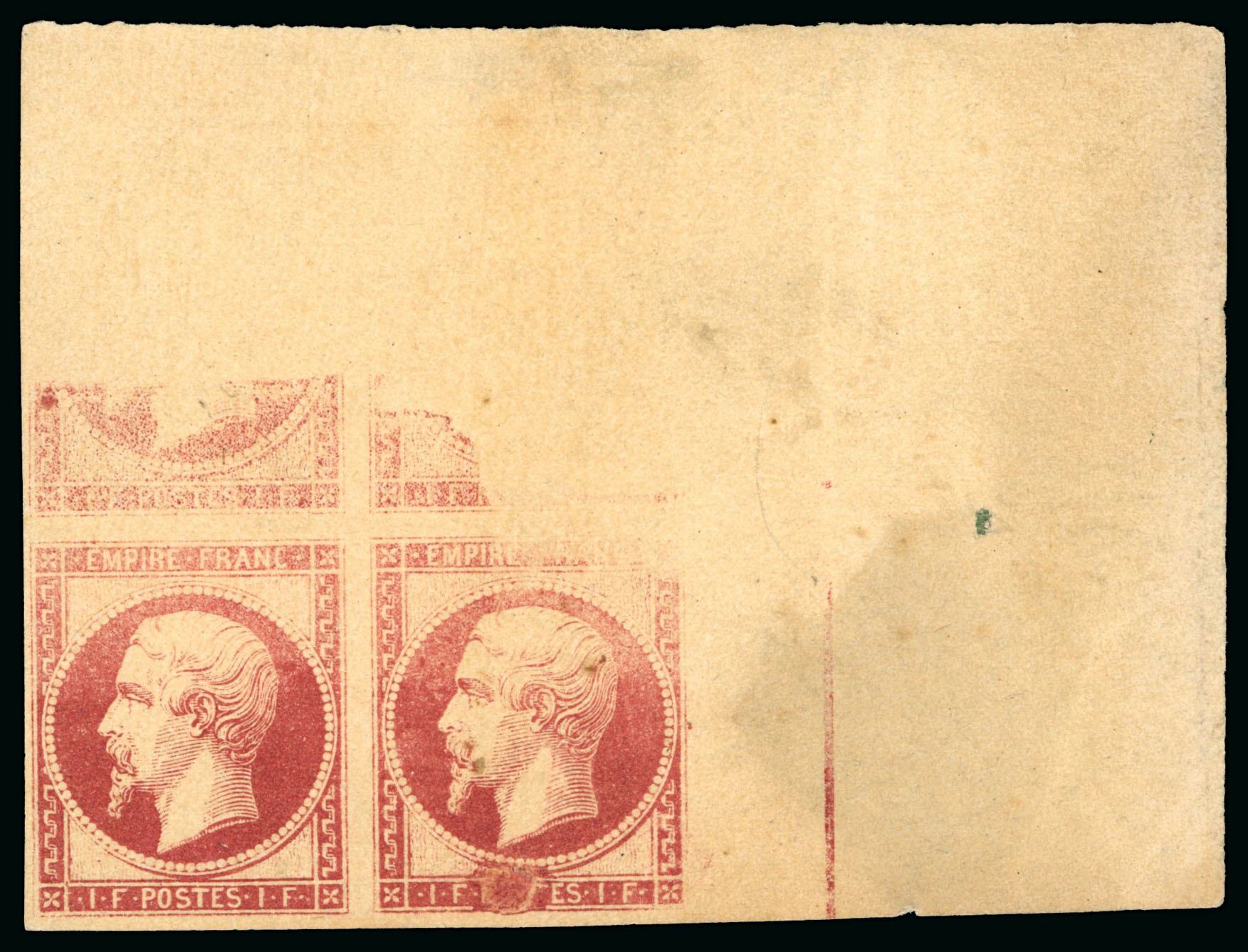 Europe wasn’t outdone and there were very healthy bids placed and prices paid for the Romania material, such as Lot 50229 a 1866 20par black on rose thick paper, the superb and fresh mint block of ten, which went for €12’200, and Lot 50214 selling for an impressive €9’760 for the 1858 40pa greenish blue on yellowish-white wove paper, which was describe as the exceptionally rare complete sheet of thirty two – one of only two known. There was also competitive bidding for Lot 50239 which started at €600 and sold for €3’660, and Lot 50240 again starting at the same price but sold for €2’440. Several covers in this section also surprised a few with Lot 50246 selling for a rapturous €4’392 after bidders on the telephone pushed the price from a relatively bullish starting bid of €1’500 and Lot 50250 the 1872 cover to Giurgio franked with a 10b ultramarine Carol I with beard making an impressive €3’904 from a €1’200 start. It was a colourful session in the Romania catalogue in terms of auction activity and material on offer. Well worth taking a closer look at all the lots from this popular region and what they achieved. 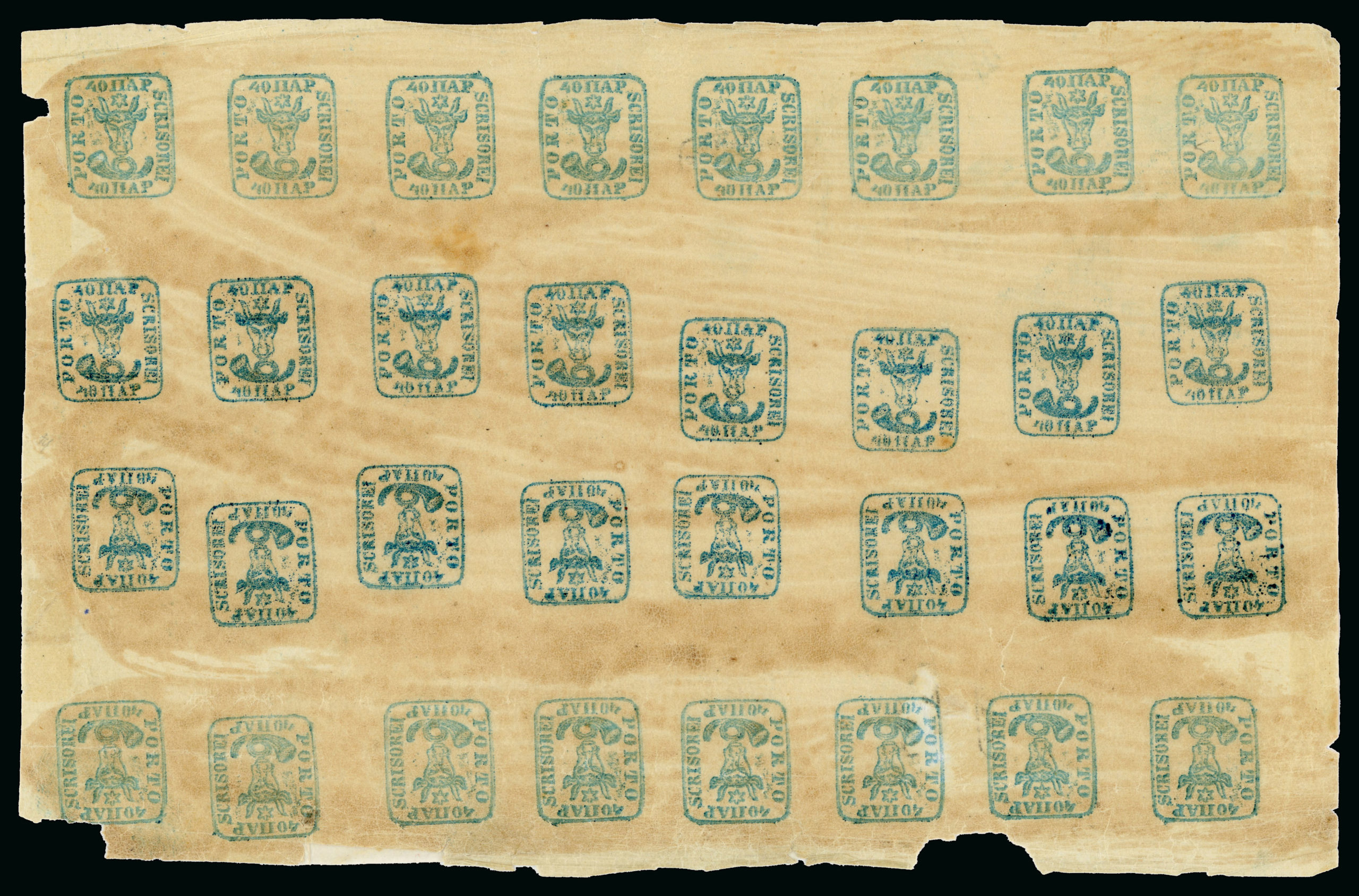 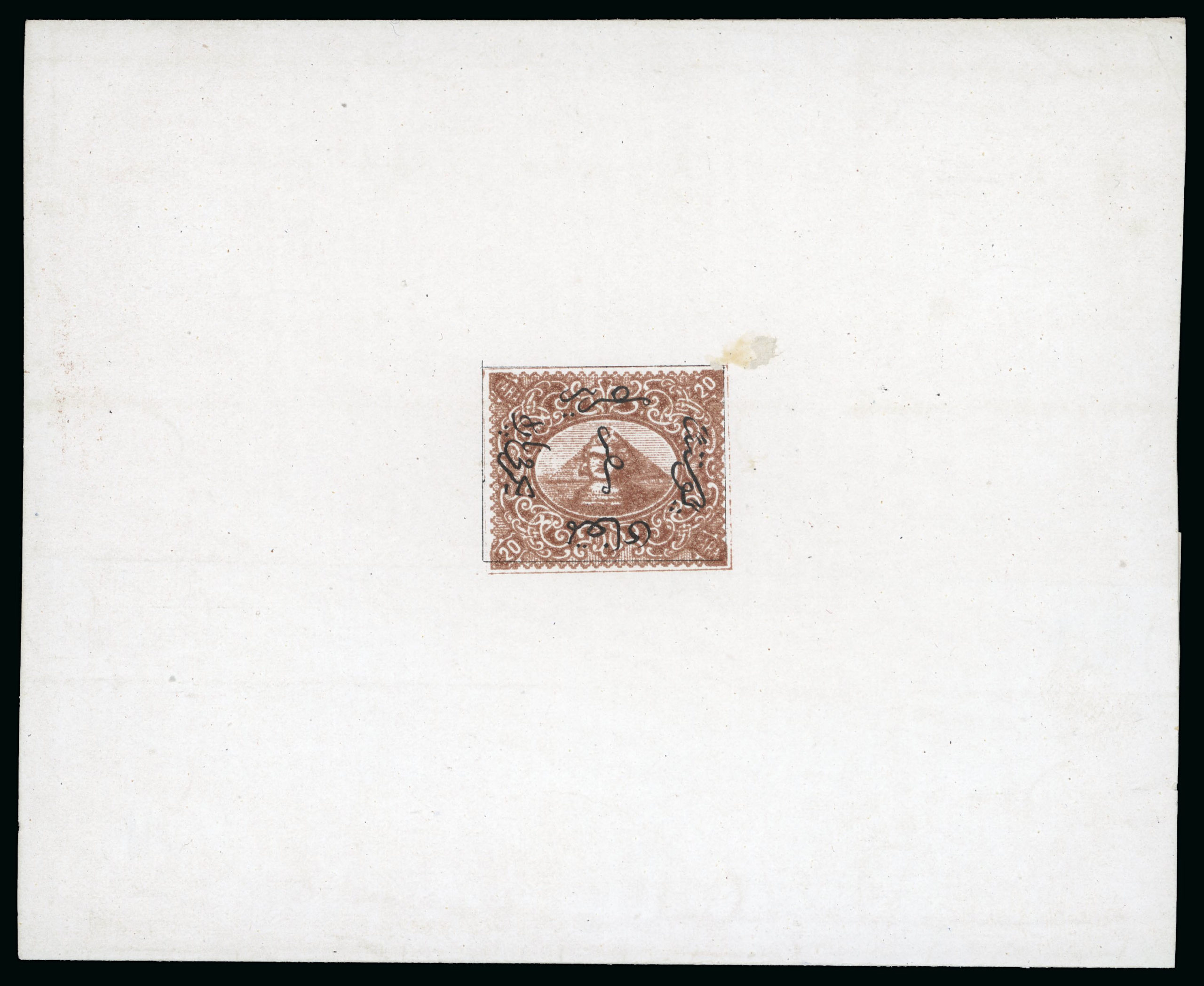 Lastly, there is still an opportunity to buy unsold material by visiting our website and clicking on submit a bid, and please remember we are now taking consignments for our December auction, so do get in touch with us if you are considering selling or wish to sell any of your treasures.

Note: Realised prices include the buyers premium of 22%.