Specialized catalogues have always been part of the Feldman brand from the “Helveticus” sales of Switzerland and the “Kanai” Mauritius of the early 1990’s through to the more recent sale of the famous John du Pont collection of British Guiana in 2014. However, it has not all been about high value and world rarities. We also like to present to our interested and knowledgeable clientele a wide variety of varied subjects.
The Autumn series is no exception and brings three such specialized collections to the market.

This is the fifth sale in a series of Princely States auctions. This offering brings to the market Dan Walker’s collection of the stamps and postal history of Bundi. With more than two hundred lots representing a wonderful array of items, many from well-known Bundi collectors such as Dr. Pierre Couvreur of Belgium, others being from the Parks, Veldman, and Harell collections. The sale shows strength in the Daggar Issues and especially the later Sacred Cows, with many useful single items plus some important and valuable collections. We are very thankful to John Warren for allowing us to include some extracts from his book on the Sacred Cows issue, which has helped to make this catalogue a reference work and an aid to the collector. 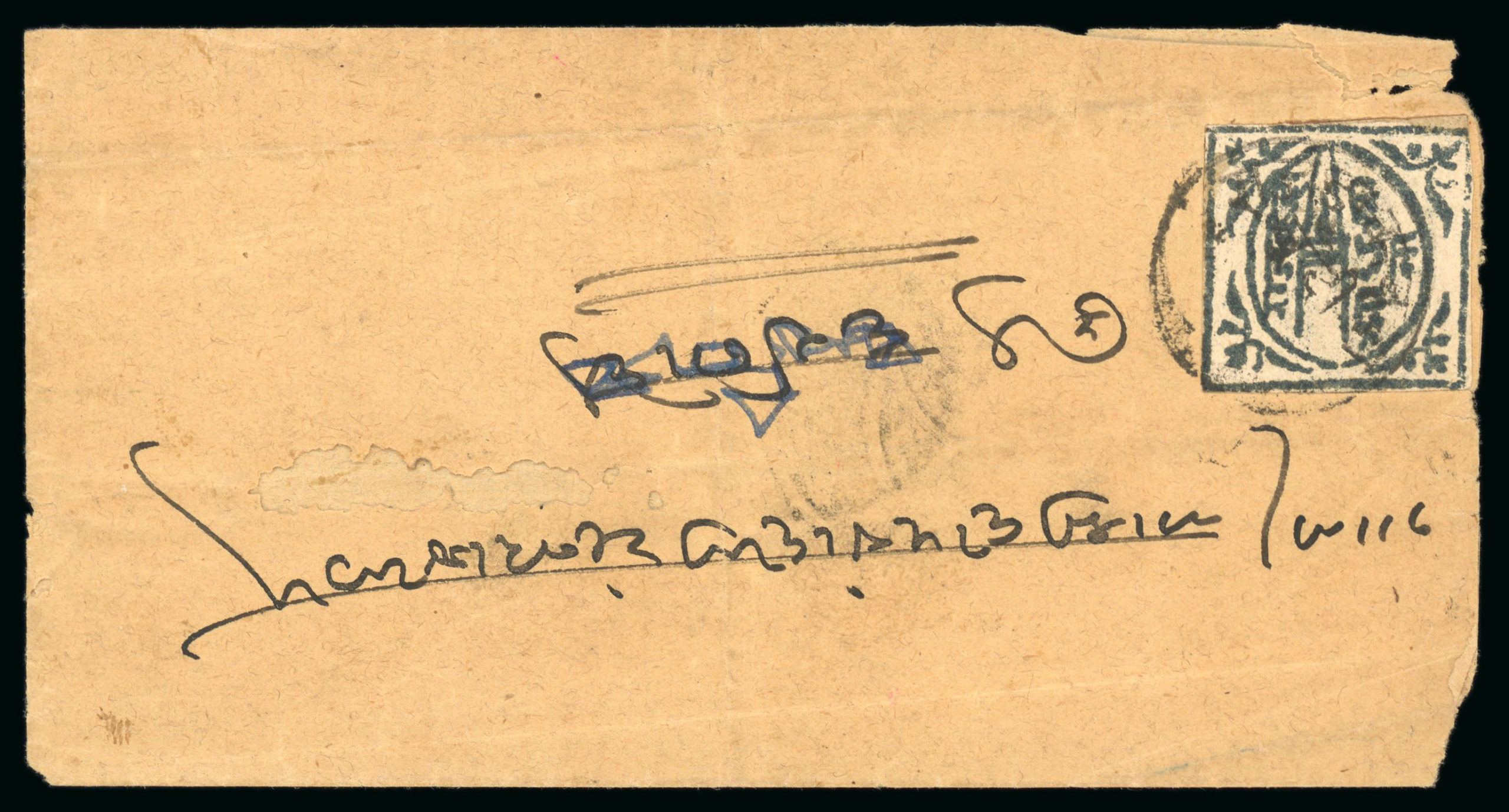 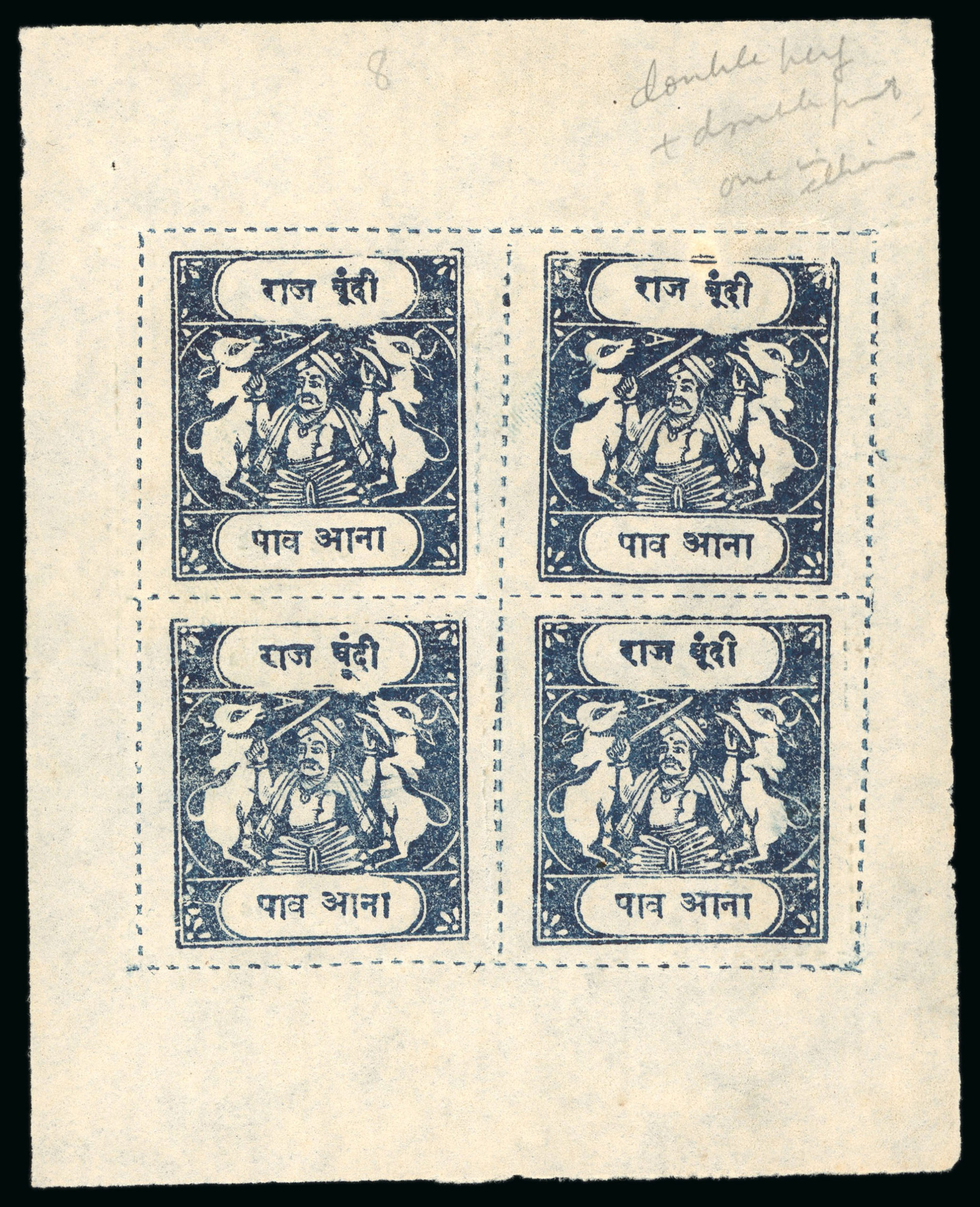 As with the sixth sale, we have decided to mix things up a little with the seventh offering. This being the stamps and postal history of both the Third Issue and the Officials. The auction offers another wonderful opportunity to acquire some of the most important essays and proofs mostly all from the Vahan Andonian collection, mint and used singles and multiples, stamp varieties including the 2 ½pi unused IMPERFORATE block of four, plate varieties, plus a wonderful array of postal history with the Unique second and third issue combination cover from the Peter Smith collection. Many of the 278 lots come from famous and well-known collections formed by King Farouk, The British Royal Collection, James Henry Abbot, Vahan Andonian, Lars Alund, Emile Antonini, Dr. William Byam, Colonel Danson, John Henry Edwards Gilbert, Charlie Hass, G.T. Houston, Paul Frank, Anatolle Ott, John Sacher, Peter Smith etc. 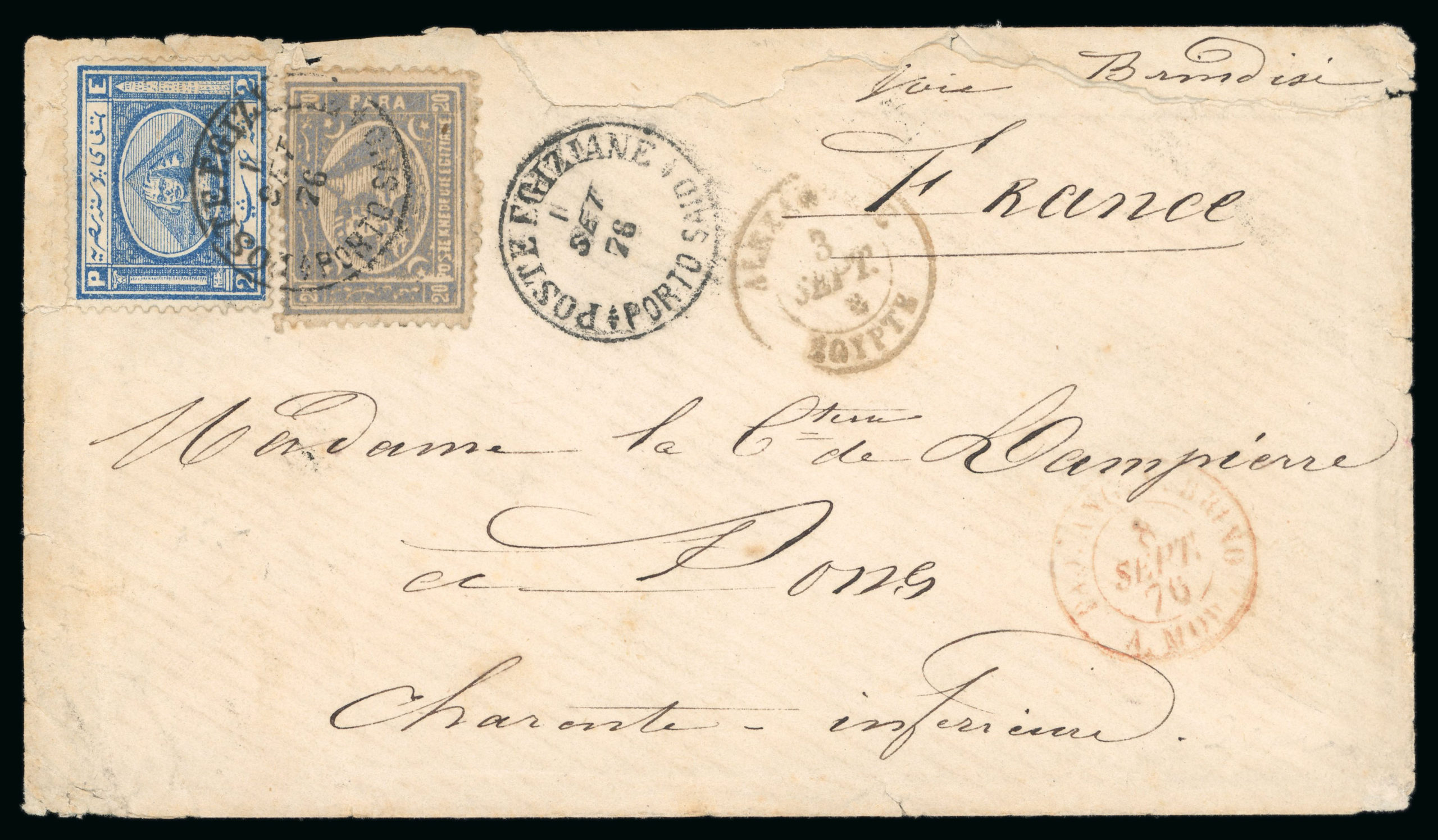 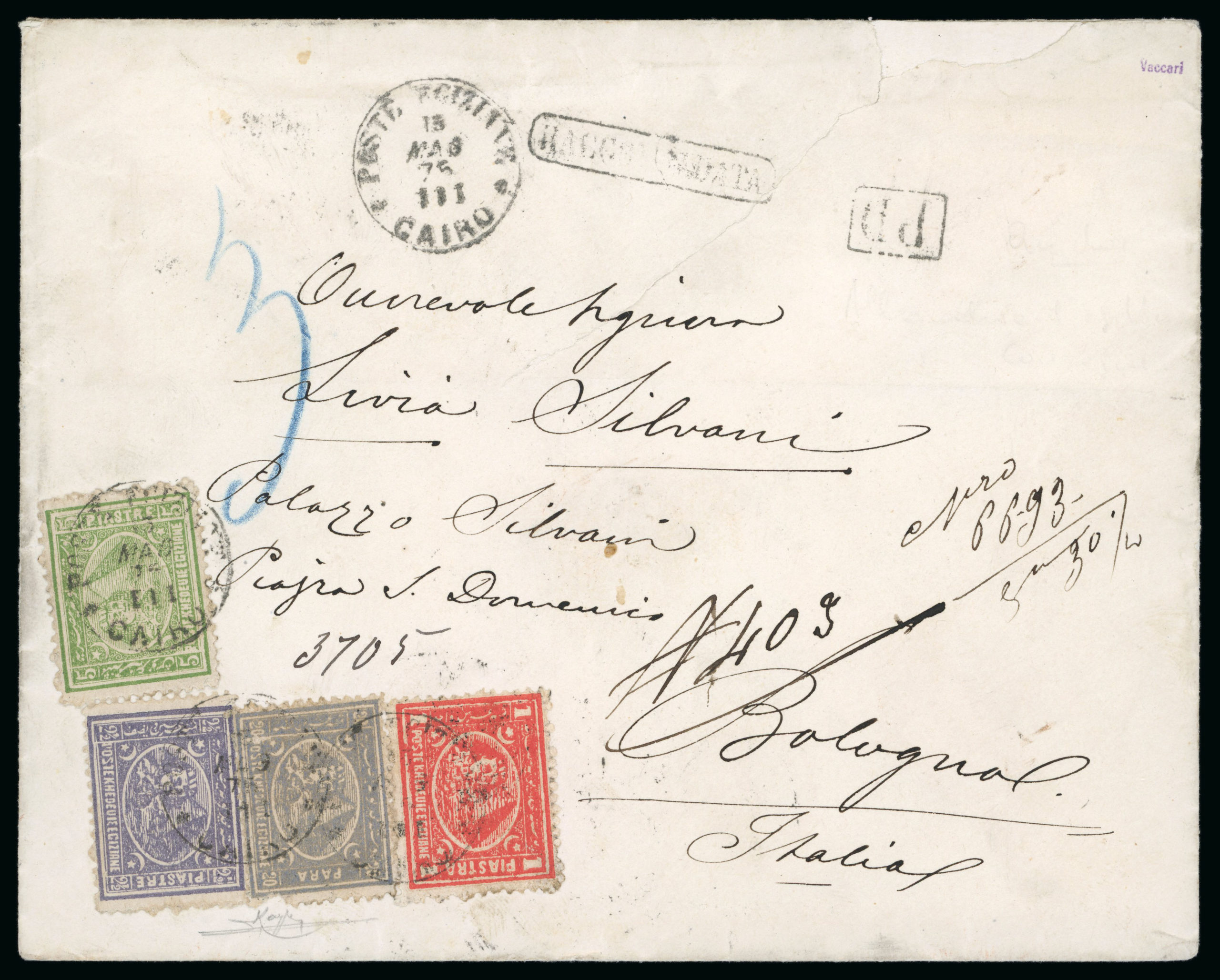 The ‘Bicentenário’ Collection of the ‘Dom Pedro’ Issues of Brazil, Part I

We are delighted to present an extraordinary collection dedicated to the three ‘Dom Pedro’ Issues of Brazil, including postal history but predominantly multiples, which are the most valuable items in these issues. A great part of the material has been gathered during decades and many lots will be offered for the first time at auction. Many rarities are to be found throughout, with most of the lots having important provenances, originating from famous collections such Dr. Amaral Machado, Comelli or Alemany Indarte.
After the earlier issues displaying numerals, the ‘Dom Pedros’ were the first stamps of Brazil to show the portrait of the Emperor. The beautiful execution of the American bank Note Co. engravings, combined with the refulgent colours used in the printing, make these stamps rank among the finest and most attractive issues in that period worldwide.

The catalogue will be available very soon – Stay tuned 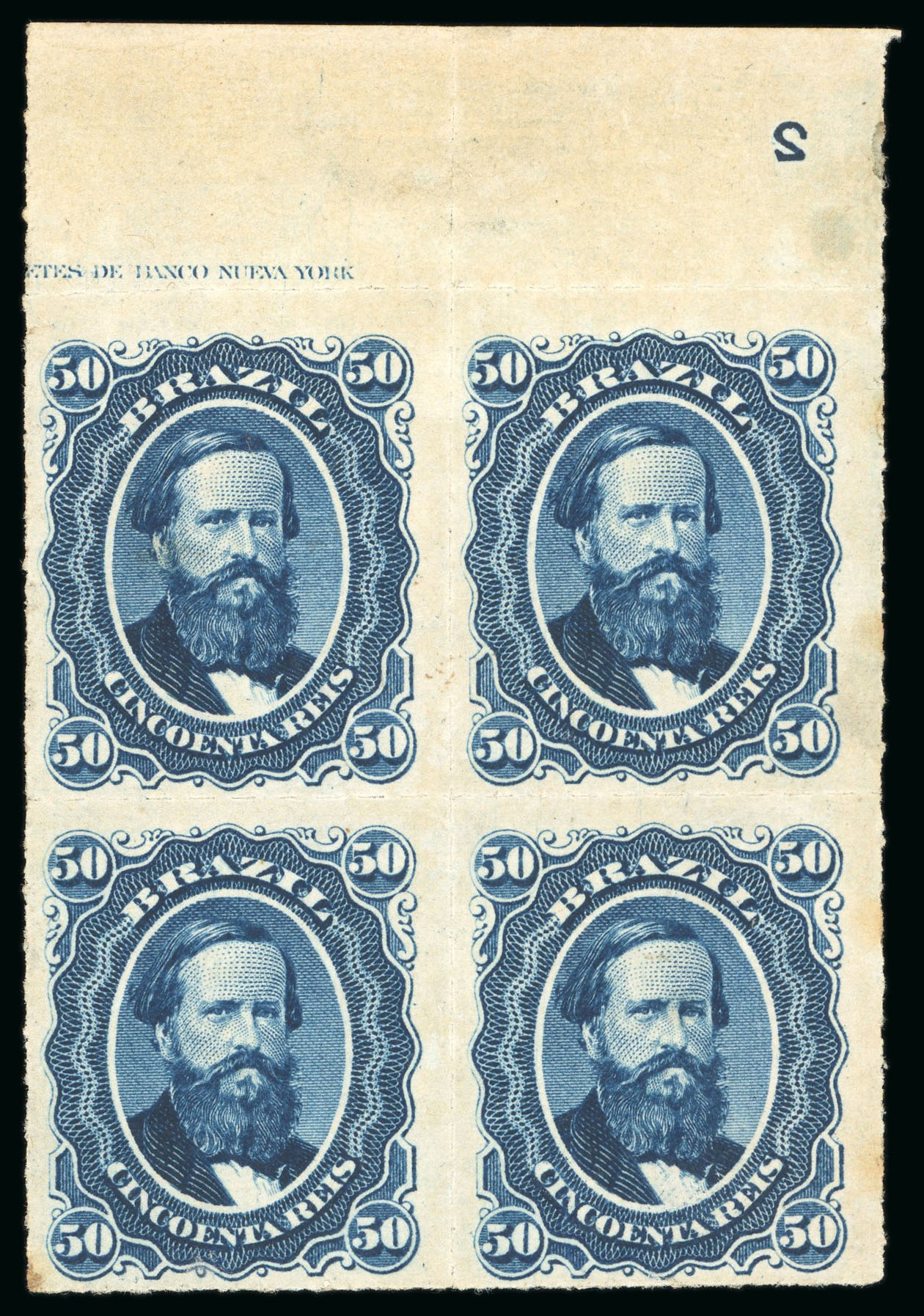 All these catalogues and the rest of our sales will be available online from November the 14th so watch for our messages and have fun perusing the catalogues.