Mention the name Madonna to a certain section of society and they immediately think of the pop star who goes by the same name. However, to others it conjures up a religious image, especially when coupled with the words “and child”. To the philatelic community Madonna and Child draws the keen variety collector to the iconic error of printing 1923 5,000-korona dark green and yellow green Madonna and Child (Michel 379 I), which there exists a small number of inverted centres. Considered by some to be the rarest of Hungarian stamps and the premier of European inverts, it always creates a swell of interest when it comes to market, and in our upcoming Hausman collection a very fine mint centre inverted error of printing with original gum is available to buy.

According to the record books there was only one sheet issued of this error, and less than 100 examples recorded (used and unused), with at least 38 of these seemingly tied to museums, so there are very few available for the collector, and inverted centre errors are a popular collecting theme. These eye catching errors come about through the two stage colour printing process where the outer frame is impressed on the sheet first and then the sheet erroneously inserted upside down and the inner image printed. Obviously if the error of printing is spotted then the sheet will be withdrawn before getting into the public domain, however if it goes unnoticed by the printer then the sheet will find its way into the postal system and this is where they are sold over the counter and some are used and others spotted and retained mint, which is precisely what happened with this 1923 Madonna and Child. The catalogue value in the Michel is €16’000 and this particular example is being offered at an auction estimate of €5’000 to €8’000, although these can sell for well above this price range.  For example, a used single sold in 2011 for $11’000 and the only known horizontal pair of this famous invert sold for $37’500.  Other famous errors of this kind are also being offered in the Hausman catalogue such as the 1901 2c Empire State Express Inverted Centre (Lot 60601), the 1901 Electric Automobile 4c deep red-brown & black – which is from the same issue (Lot 30683), the 1959 St. Lawrence Seaway 5c (Lot 61164), and the 1881, 2c brown and green inverted centre (Lot 60863), as well as others. 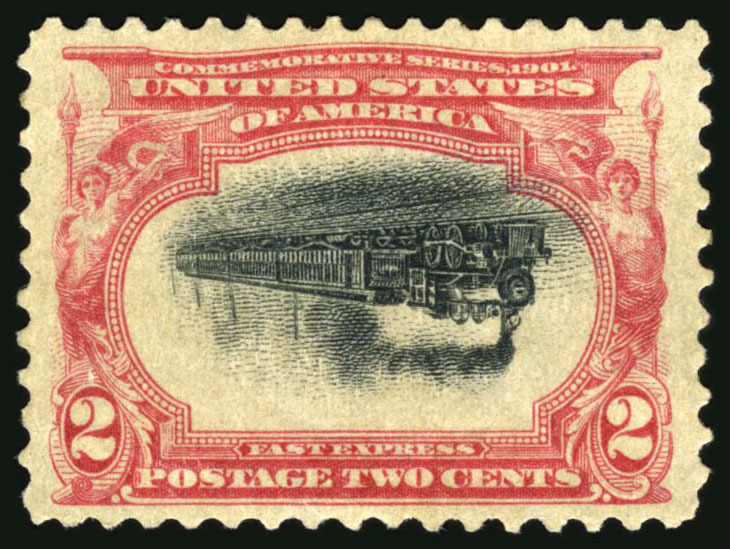 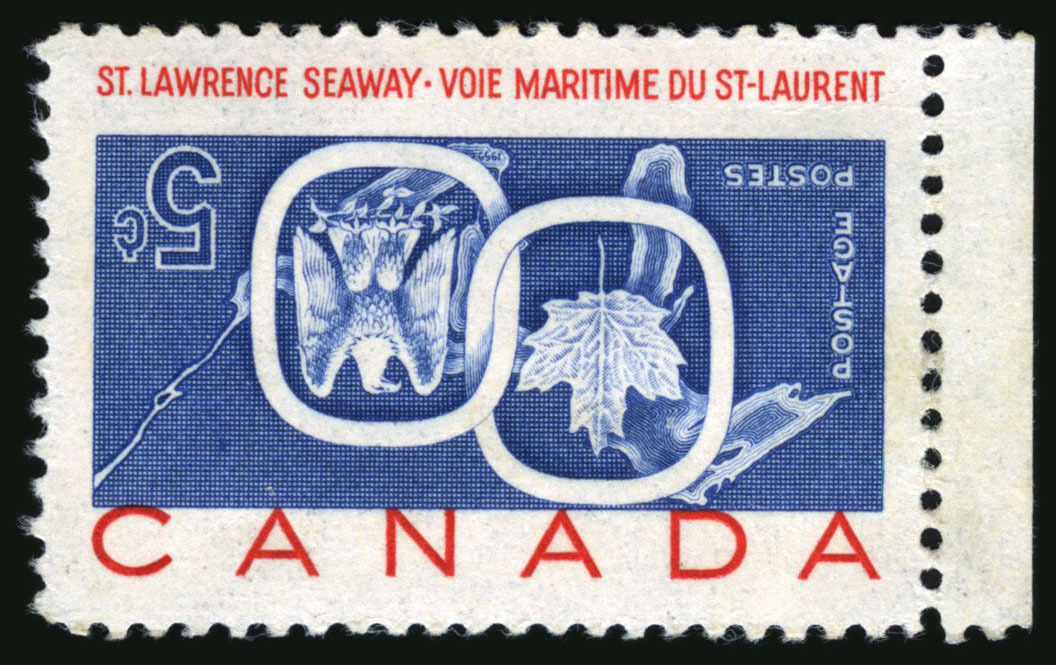 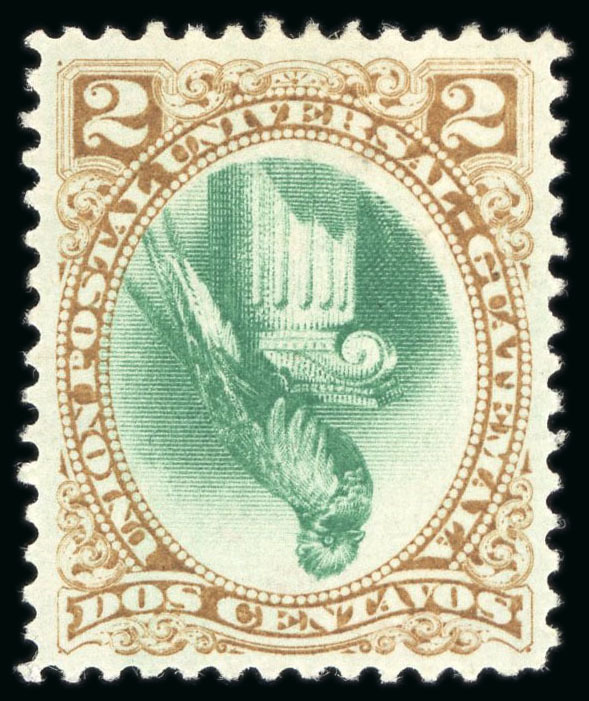 1881, 2c brown and green, inverted centre, a magnificent example of this scarce and desirable stamp

So, regardless of whether you are a fan of the American singer-songwriter, or an admirer of the Catholic and Orthodox churches painting of Mary and baby Jesus, you can acquire your own Madonna and Child icon, which perhaps isn’t as famous as the other two but in the philatelic world is certainly just as celebrated. 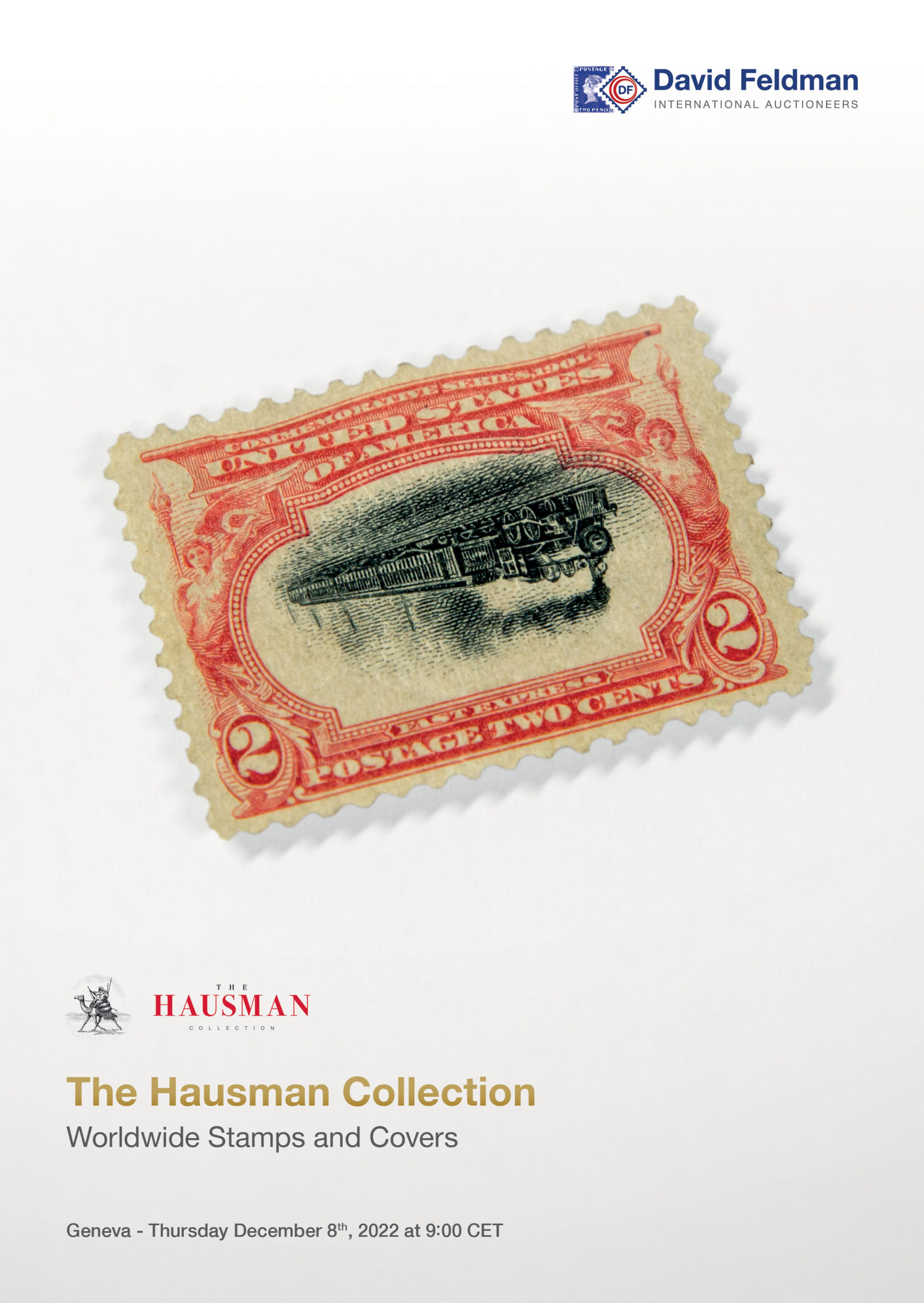 > Browse the lots of the Hausman Collection: Europe, Overseas and Latin America

> Browse the lots of the Hausman Collection: Great Britain and British Empire