As any serious philatelist will tell you, patience is an essential virtue if you want to assemble a topclass collection. Of course copious amounts of money can shortcut the search, but in reality even wealth has to wait for those elusive items to come to market, and if you add to the need for rarity the desire for the very best quality, then forbearance and stoicism are also qualities you will need to have in abundance. Many legendary collectors demonstrate this point and one particular philatelist who epitomised these characteristics and who had the fortitude to exhibit at the highest level on the international stage, is Angelo Lima.  Senhor Lima is a Portuguese philatelist who collected stamps as a schoolboy and continued throughout his life and left an indelible mark on Brazilian philately – which is one of the most important philatelic countries in the world.

Angelo Lima is passionate about the postal adhesives of his homeland Portugal, but Brazil was the place he settled professionally and which is the region he is most famous for studying and exhibiting. It’s also the collection in which he won all the International competition classes he entered for his Classic Brazil, including an International Grand-Prix at PhilexFrance 1989 and the Championship Grand Prix at PhilaNippon 1991. It’s worth noting he also won a Large Gold on European soil when he exhibited at the London International show in 1990.  His collection contained nearly all the greatest and most important pieces of Brazil, from the earliest times, including the key items from the Pack, the Kuyas (the “Rio” collection), the Hubbard, and from the Pacchia collections. Lima hunted down key items over decades and amassed nearly all the large multiples and all the rarest covers, and significantly the famous “Pack Strip” with Bull’s Eye 60 reis pairs in strip of three with a 30 reis – always regarded as one of the greatest rarities of the world.

This incredible collection was sold at auction by David Feldman in 1993 and also had the block of four 30 reis Interpanneaux known as the jewel in the crown of the Pracchia collection, and the Lima award winning classic Brazil was described at the time as “clearly the greatest single collection of Brazil ever formed”.  His passion for the rare and important pieces extended through to the Dom Pedro issues and his lifes work was decorated with many rare and beautiful items such as a 1876, 50r blue, the exceptional block of four with sheet margin at top displaying reversed “2” plate, and is the only multiple recorded with a plate number, and a 1866 500r orange horizontal block of ten, one of three and unique showing a postmark – both of which feature in our December auction Brazil including the “Bicentenário” Collection of the Dom Pedro Issues. Lima’s Portugal, when sold in 1995, broke the record for a philatelic auction held on the Iberian Peninsula raising 226m pesetas. It contained many unique items and reflected the diligence and critical eye Lima was renowned for when assembling his classic Brazil.  Today the ‘Provenance’ Angelo Lima is a feature in all major Brazil sales and to many connoisseurs it carries the additional attributes of quality and rarity which his collections are recognised for. Those who really understand the important philatelic heritage of classic Brazil and the great collectors of this region, will also associate the name Angelo Lima with ‘patients’ and that is why he is our ‘Patient Philatelist’. 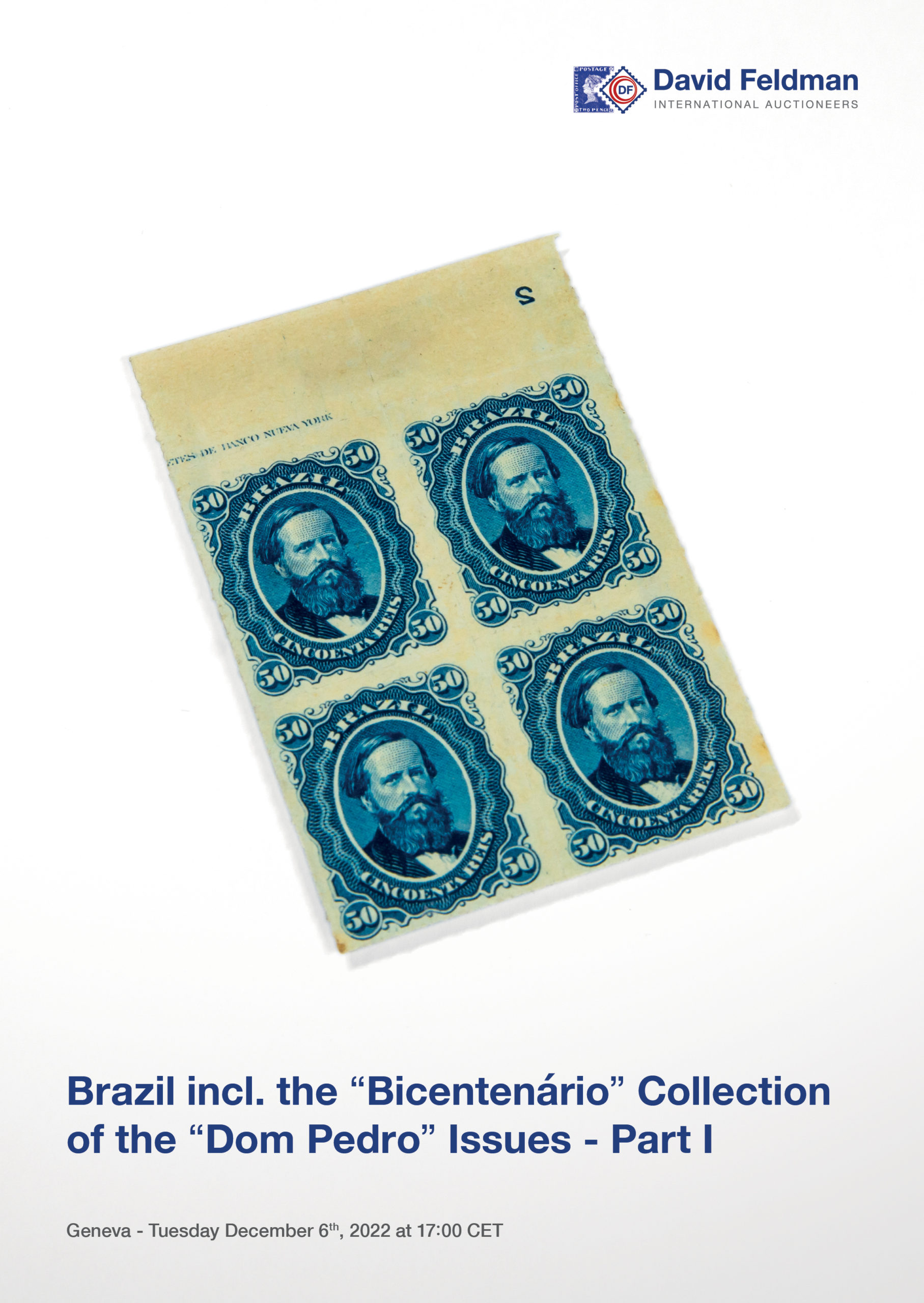 We invite you to discover the catalogue dedictaed to Brazil which includes the “Bicentenário” Collection of the Dom Pedro Issues.